There continues to be a great deal of discussion and concern in the industry about the presumed timeline of the dissolution of the ACFI tool and the roll out of its replacement. This chatter has left much of the industry in distress about the safety of jobs, the transition to a new funding tool and the perception that we no longer need to focus on learning about ACFI.

In this article we are going to bust some more myths and stick to the facts. For previously busted myths, you can find our original article here from October 2017. On to the current myths and facts, let’s explore what the industry is hearing and consider the next steps to take as we prepare to transition into this new phase.

FACTS: There is a lot to happen before ACFI can be replaced

The myth that’s on everyone’s lips – ACFI is dead from 2020. Seems impossible to us, let’s take a look at what’s happening:

AN-ACC Trial is due for completion mid-2020.

So as you can see, this is no overnight change and to say ACFI will be gone in 2020 seems implausible. Particularly when we consider the history based on previous funding tool reforms, ACFI will be grand-parented as the new tool takes effect, so getting your ACFI right is more important than ever.

WHAT SHOULD MY ORGANISATION DO TO BE PREPARED?

Now’s the time focus on ACFI!
Although we know that a new funding tool will eventually replace ACFI, MyVitals tells us on average organisations are underclaiming approximately $1 million pe annum. So it is important to utilise the time whilst the AN-ACC is being trialled to get your house in order so that you are in the best possible position going into a new funding tool. That means claiming all your entitled ACFI now, and right up until the new tool is introduced.

The Resource Utilisation and Classification Study: Report 5 (you can find the report here) details how the new tool will work: from this we discern the importance of facilities being in a great position, claiming all their ACFI entitlements, throughout the transition to a new funding model. As a result, stop-loss measures and a gradual transition over an implementation period have been recommended. These measures include:

All of the information about the trial is available here.

Here is an estimated timeline we’ve created, based on the information we currently have. Click on the image to zoom in! 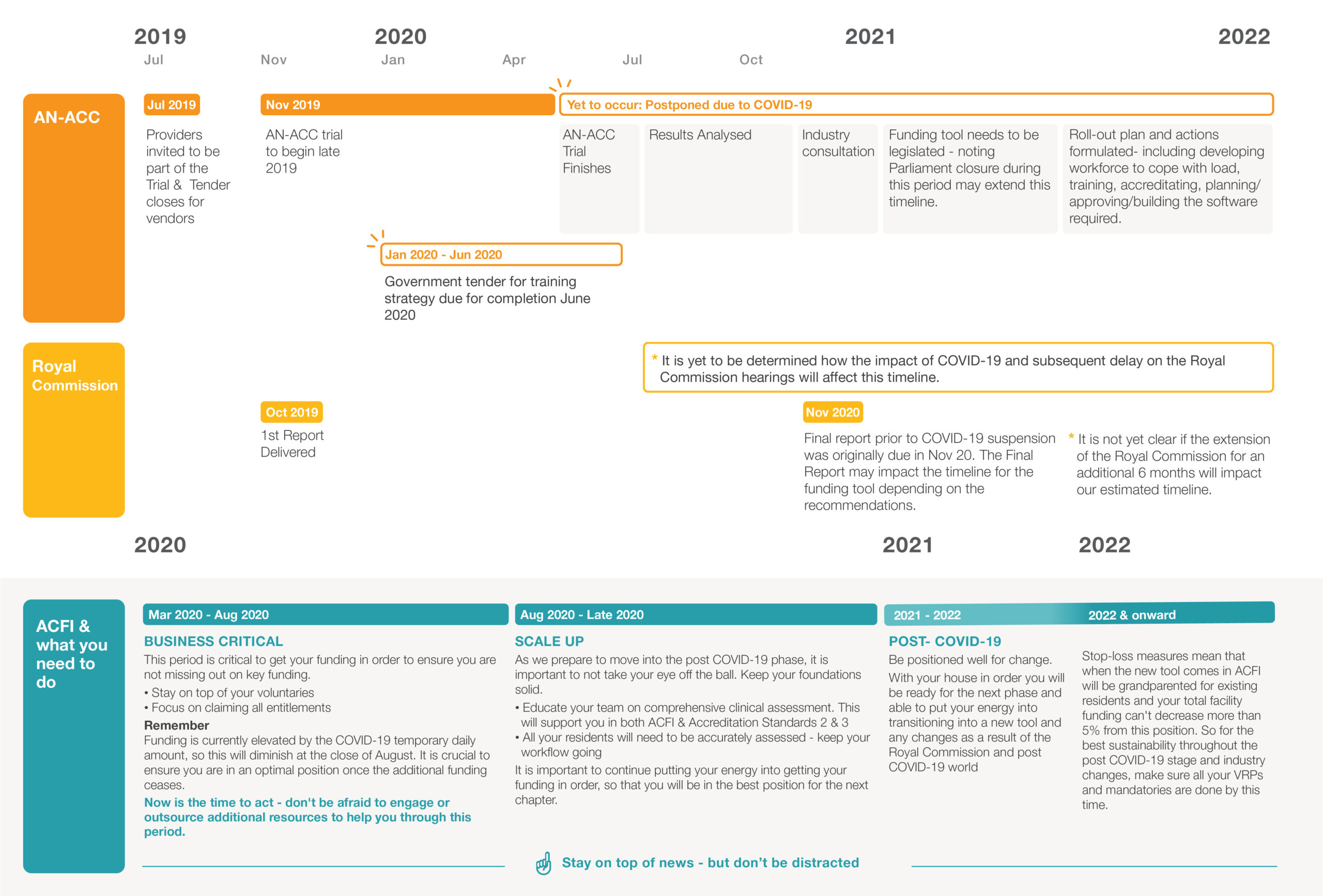